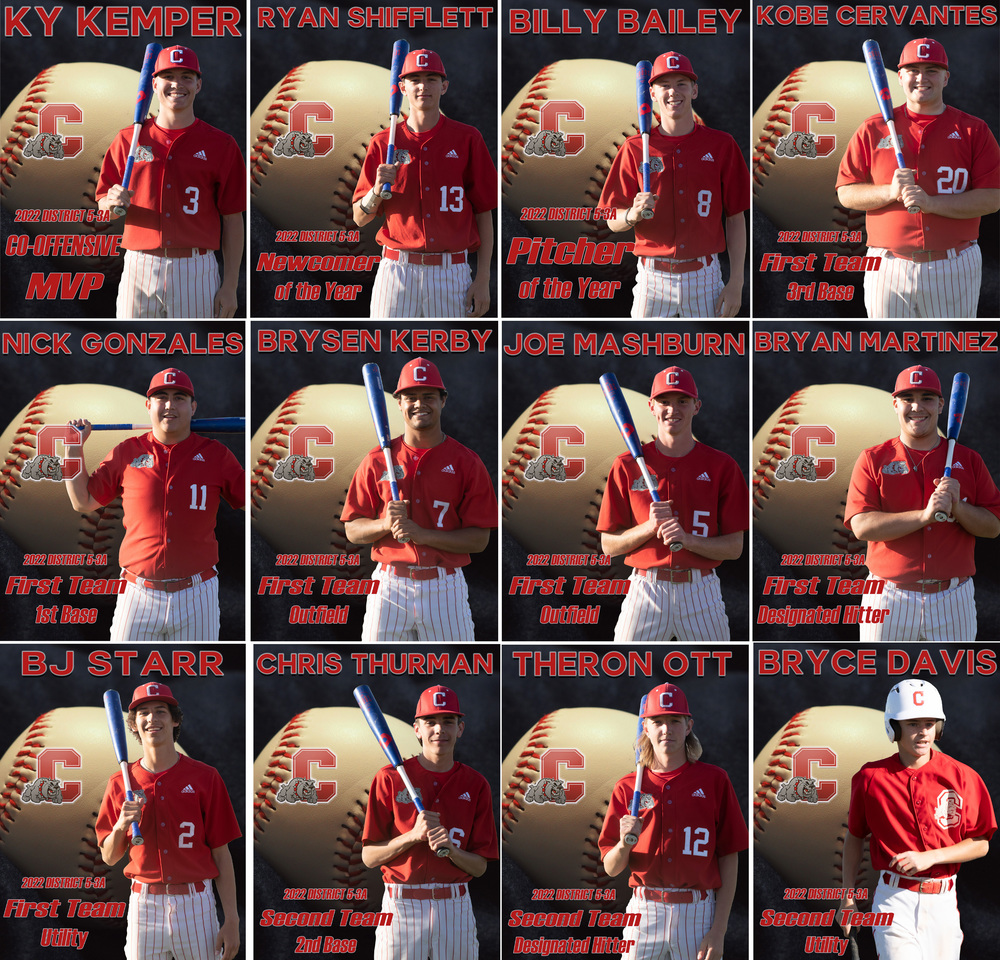 The Coahoma Bulldog baseball team capped off an exceptional season by earning three superlative spots and landing 12 players overall on the 2022 All-District 5-3A list.

The Bulldogs brought home their first golden glove since 2010 when they defeated Brady in the 2022 District 5 & 6 3A championship. Overall, Coahoma  finished second in league play and ended the 2022 season with a 13-10 record.

The 2022 Bulldogs were coached by Chris Arista and his assistants Joseph Morelion and Robert Sanchez. 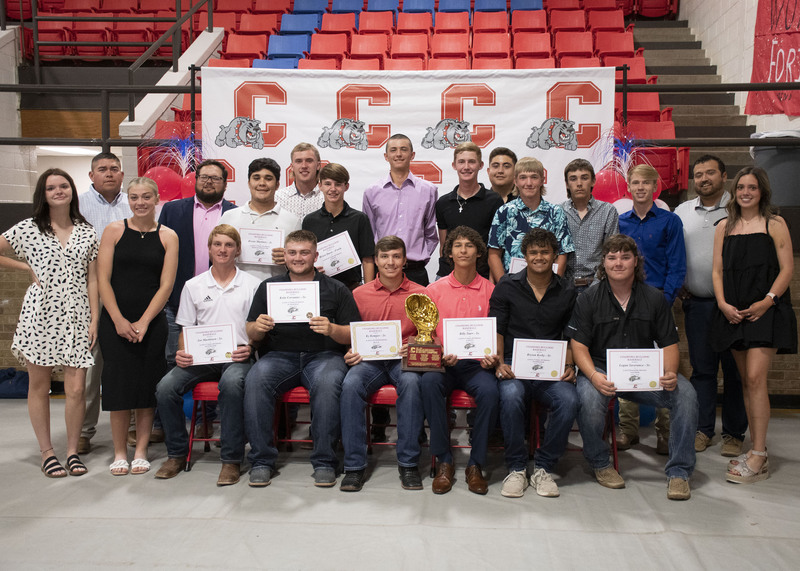