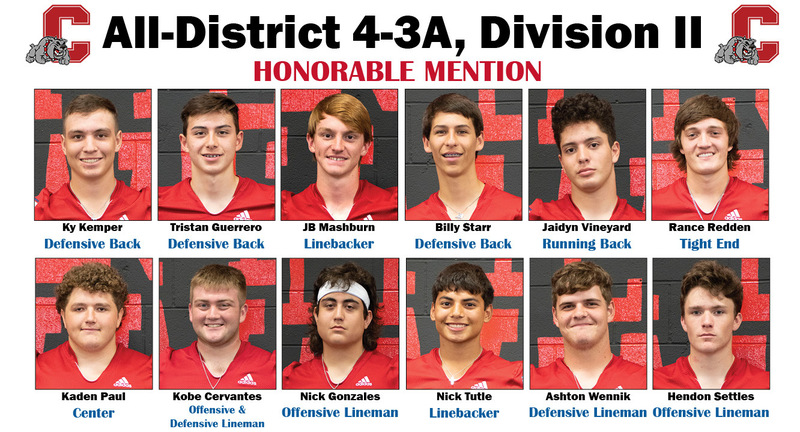 Kerby is a two-year all-district pick. Last year as a junior he was named to the all-state team. This year he rushed for 1,158 yards, averaging 5.6 yards per carry.

Emerson, a senior, had 21 receptions for four touchdowns. He also returned a kickoff 80 yards. Perkins, a sophomore, averaged 26.2 yards per catch and had five touchdowns.

Redden, a junior, was Coahoma's leading tackler, with 104 stops, 46 of them were solo. He also had a touchdown catch as a tight end.