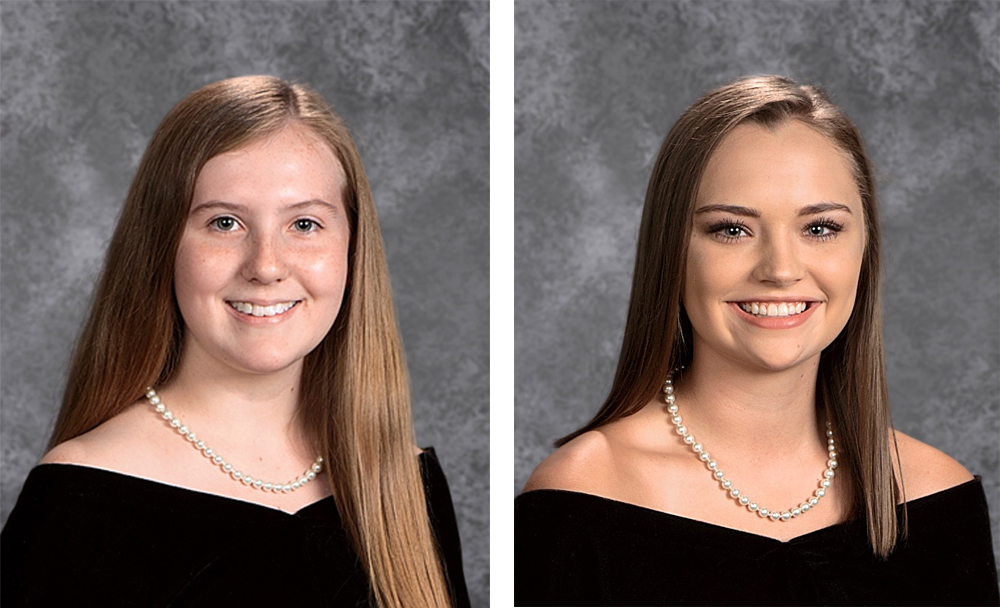 Andrea King and Micah Worley are the valedictorian and salutatorian respectively of the Coahoma High School Class of 2019.

King is the daughter of Lanny and Dornell King and will graduate with a 4.0 GPA.

She has also been involved with many other extracurricular activities such as National Honor Society, FCCLA, FFA, theater and UIL academic competitions. She was named the Greater Big Spring Rotary Student of the Month.

Worley is the daughter of Tabitha and Coy Worley.

Worley has shown leadership skills in other activities. She is the drum major for the CHS band. She has served as the president of the National Honor Society. She was a cheerleader and was named an All-American Cheerleader for three years. She has also participated in Academic UIL and One-Act Play.

Worley plans to attend Texas A&M University to pursue a degree in animal science and then continue on to receive a doctorate in veterinary medicine. After college graduation, she plans to become a veterinarian specializing in large animals.

The Coahoma High School graduation ceremony for the Class of 2019 will begin at 7 p.m. tonight at the Dorothy Garrett Coliseum.