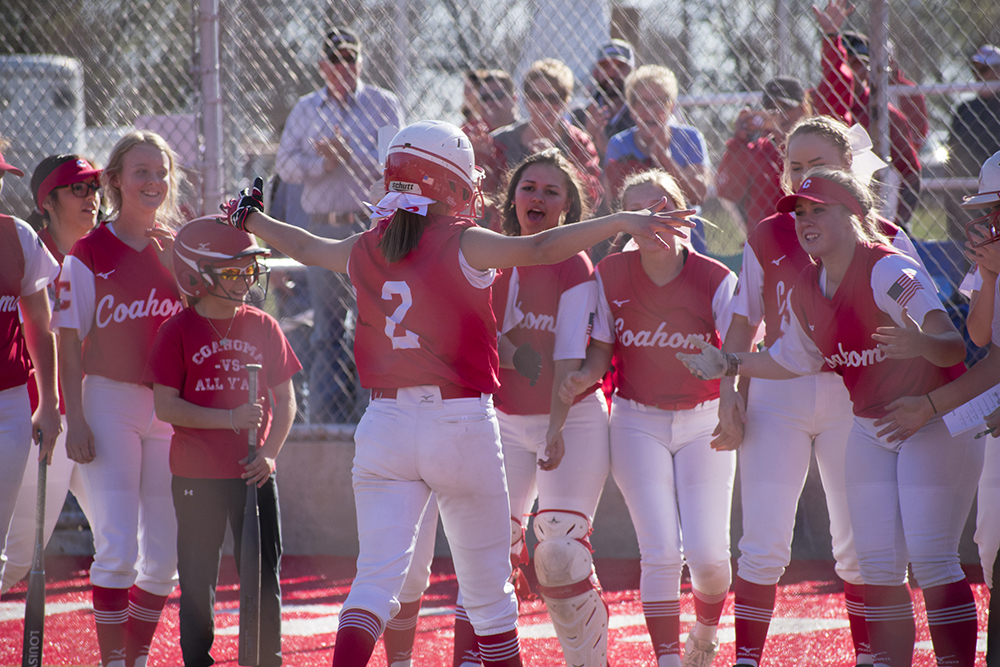 The Bulldogettes dropped a district game against Anson 8-5 on Tuesday evening.

The two teams remained scoreless for the first two innings of play then Anson earned three runs in the third. The Bulldogettes answered back their next time at bat when Madison Rodgers hit a two RBI homer to right field.

The Lady Tigers padded their score with three runs in the third inning and two more in the sixth, but the Bulldogettes began to turn around the game at their next at-bat.

After getting on base, both Rogers and Lexi Montelongo took full advantage of errors by the Lady Tigers to steal home. Up next, Jaydan Mann belted a single to left field to get on first base and quickly stole second. The Coahoma High School senior was brought home by Macee Grant who singled on a ground ball.

However, Anson cut the rally short by catching a runner at third base for the last out and kept the Bulldogettes off base in the bottom of the seventh inning for the win.

Rodgers went 2-for-4 at the plate with a double, two runs, a home run, and two RBIs. Montelongo earned a run and stole two bases. Cassie Grant had a double.

Next: Coahoma is at Colorado City on Friday. Game time is 5 p.m.