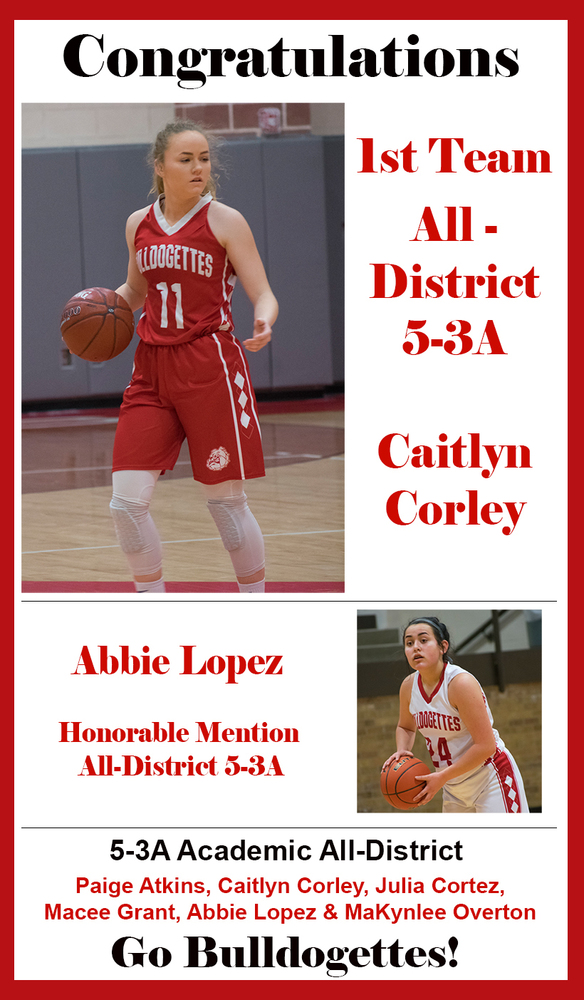 Coahoma High School junior Caitlyn Corley turned more than a few heads this season with her performance as a Coahoma Bulldogette varsity basketball player. Her efforts landed her a spot on the 5-3A All-District first team roster.

Corley was very instrumental for the Bulldogettes on both offense and defense during the season as a point guard and power forward.