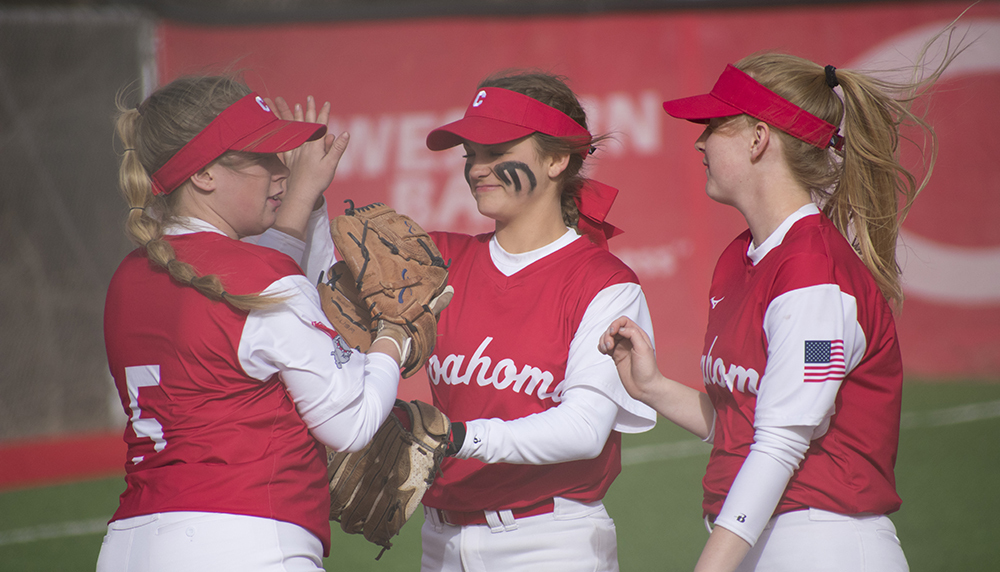 Lexi Montelongo hammered a home run to bring in two runs and end the Bulldogette/LadyCat game in the bottom of the six inning on Saturday.

The Coahoma High School senior went on to hit a second homer later in the day against the Forsan Lady Buffs in the second inning. The Bulldogettes won both non-district games against Littlefield (19-8) and Forsan (11-3).

Hitters for both teams kept the the game close for the first two innings.

The LadyCats pulled ahead in the top of the third (5-7) after a bunt by Tiffany Lopez allowed two of her teammates time to score, but the Bulldogettes came back strong in the bottom of the third inning.

Sydney Rinard singled on a pop fly to second base giving Cassie Grant time to cross home plate and tie the game at 7-7 . Two batters later, Madison Rodgers hits a three-bagger on a line drive to center field bringing home Rinard and Kaylor Green. Montelongo and Jaydan Mann brought in two more runs before the end of the inning.

From then on the Bulldogettes kept the LadyCats to one run while bringing in eight over the fifth and sixth innings.

Kenliegh Janeway was on the mound for the Bulldogettes. She went 5-and-a-third innings, allowed 11 hits, eight runs and had five strikeouts. C. Grant got the credit for the save. She pitched two-thirds of an inning and allowed one hit.

WIth Cassie Grant on the mound and a strong defense on the field, the Bulldogettes kept the Fosan Lady Buffs scoreless through five innings before Brennan East singled on a hard grounder to left field to bring home Kayla Morin for Forsan’s first run of the game.

Forsan earned two more runs when both Aubrie Smith and Taylyn Still scored on a steal of home in different plays. C. Grant struck out the last batter to end the top of the sixth inning.

Coahoma’s Madison Rodgers went 4-for-4 at bat and had three runs for the game. Her teammate Macee Grant was 2-for-3 and had two runs. Lexi Montelongo, Jaydan Mann, Sydney Rinard and Caitlyn Corley collected an RBI each.

Besides towing the rubber for the Bulldogettes, C. Grant had one run and two RBI. She allowed four hits and three runs while striking out six over seven innings.

With the wins on Saturday, Coahoma is now 3-1. Next: The Bulldogettes travel to Wall on Tuesday. Game time is 4 p.m.