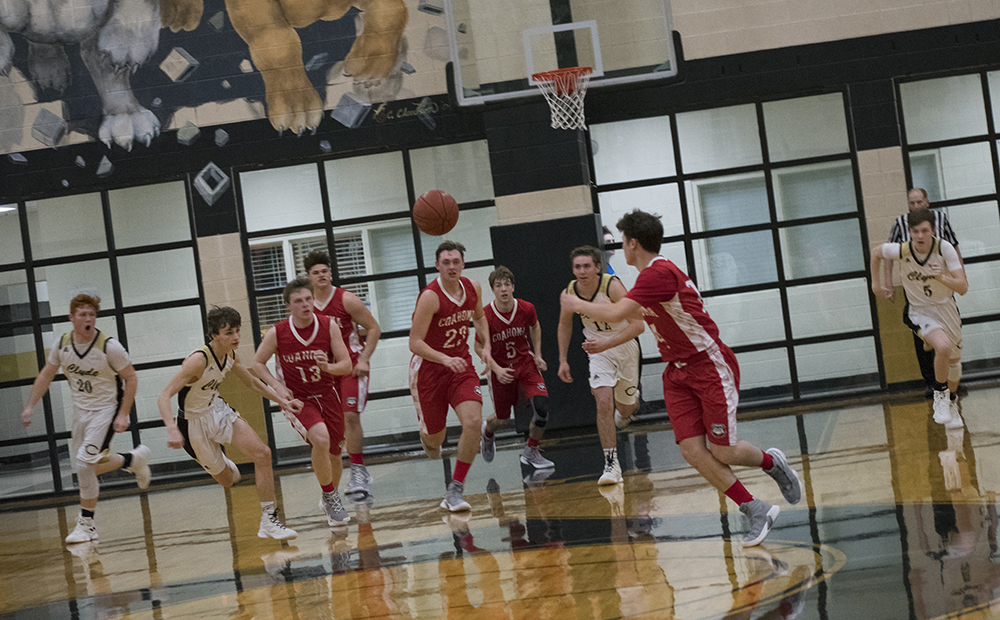 CLYDE — Both the Coahoma Bulldogs and Clyde Bulldogs headed into Tuesday’s game knowing it was a must-win situation to continue to the postseason playoffs.

Coahoma will suit up next week, Clyde hangs up their uniforms until next year after an all-out battle to claim the last playoff spot of District 5 3-A.

“I thought they responded well to adversity,” Coahoma Bulldog Head Coach Joe Mireles said following the game. “It was nip and tuck, back and forth throughout three quarters. Defense came up big for us tonight in that fourth quarter, and we were able to pull away a little bit.”

Mireles said the whole team deserves the credit for the 42-35 win.

“It was a total team effort,” he said. “For those seniors who have gone through the rough times, it has been rewarding for them. I am proud of them.”

Next week will mark the first time three-year varsity member Joe Manning and his fellow teammates will play in a postseason basketball game as a Coahoma Bulldog.

“First off, I want to thank God for this opportunity,” Manning said. “He was with us through all this. It was a lot of hard work for a lot of years and a lot of heartbreaks and heartaches all the way to this point, but we kept pushing, and that’s why we are here.”

This was the second time the two teams have played this season. The first time Coahoma won the match, but this time Clyde had the home court advantage.

Gage Clark-Burdell, who led Coahoma with a game high of 21 points, scored the first points of the game after he buried a jumper for two in the opening quarter.

It would be a while before either team lit up the scoreboard because both were playing heavy defense. Players became visible frustrated as they missed baskets or were halted from shooting at the hoop by the other team. Then Manning drained a trey and teammate Zack Schneider added two more from a jump shot and suddenly it was a 7-0 game.

Clyde caught up quickly, but Manning buried a shot from behind the arc and Coahoma pulled ahead once more.

Coahoma continued to lead through the next two quarters although the Clyde Bulldogs were closely nipping at their heels.

By the fourth, both teams were successfully keeping each other away from the basket. After a little more than two minutes in, Clyde finally broke the stalemate with a deuce and a trey to tie the score 31-31. Schneider answered with a jumper and Bryson Cline nailed a three-point shot to make it a five-point game.

However, the Clyde Bulldogs had one last surge. A Clyde player nailed a shot for two points and drew a foul which would have meant a tie game again if he made the free throw. He missed and Clark-Burdell ended up with the ball down court to score two points.

With about a minute left, Manning snatched an inbound ball from a Clyde player and passed it down the court to Clark-Burdell who raced to the post for two more points. Schneider sealed the match with another score with 39 seconds left on the clock.

Next: Coahoma will face Cisco next week in the first round of the playoffs. 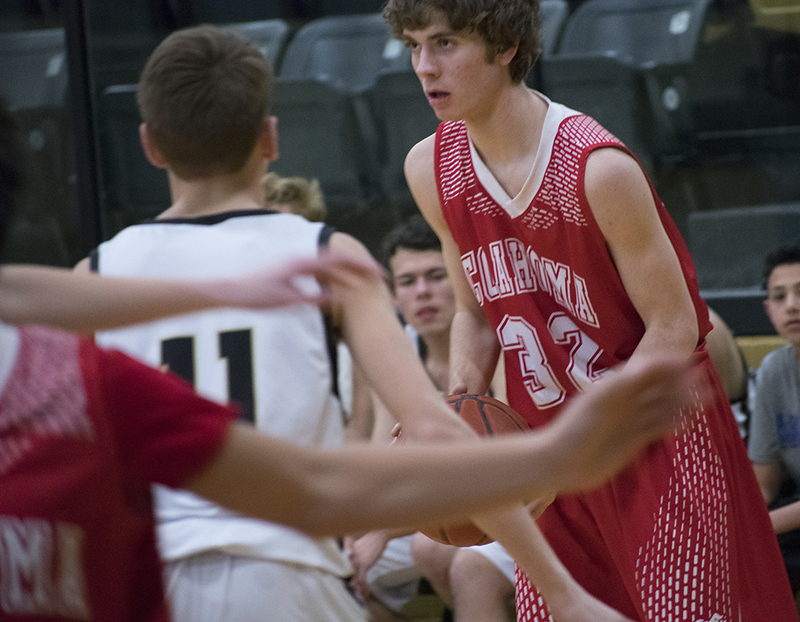 CLYDE — The Coahoma JV team lost to Clyde 27-42 in the last game of the season.

AJ Gutierrez and Tony Hagins had five points each to lead the Bulldogs on offense. Both Coahoma players also netted a trey apiece to add to their stats.