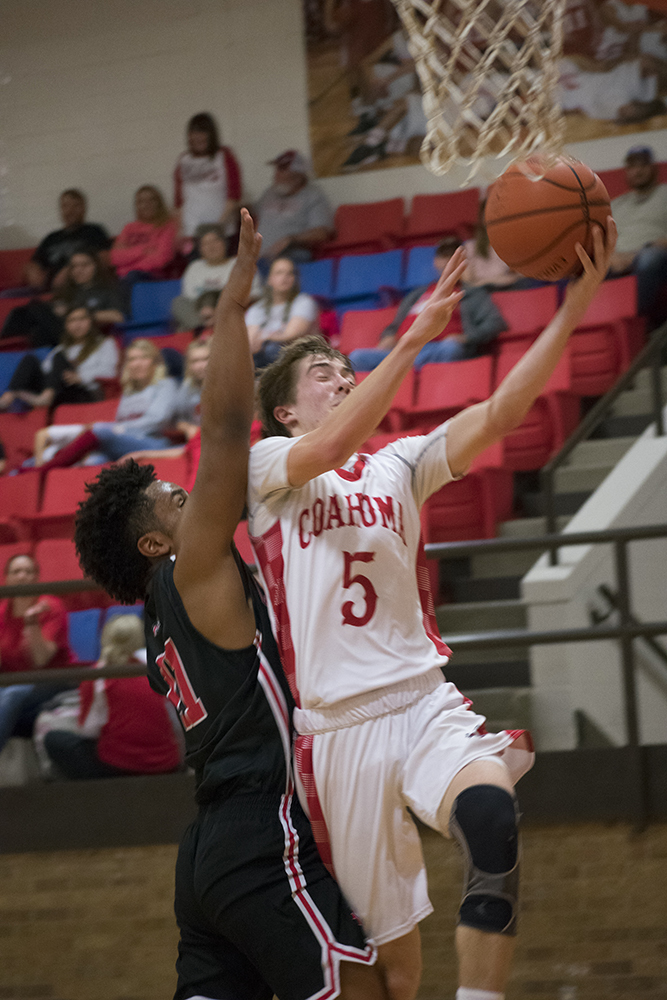 The Bulldogs are continuing their mission to secure a playoff spot after losing 48-43 against District 5 3-A rivals the Colorado City Wolves Tuesday night.

Although the Coahoma boys varsity squad didn’t find the win this time, they walked away from the game knowing they left all their effort on the court. Coahoma will still have two more chances in the next week to make the playoff cut.

The Bulldogs started out the game strong ending the first quarter up 10-14. Both teams had trouble breaking through each other’s defense after the tip-off until Bryson Cline raced down the court nailing the layup and putting Coahoma on the board first.

Colorado City answered quickly to knot the score 2-2. Zack Schneider dumped the ball into the net to help regain the lead for Coahoma. Then Colorado City zoomed past Coahoma for a brief time to take the lead until Gage Clark-Burdell landed a 2-point shot to even the score once more. Schneider and Joe Manning built a 4-point advantage by the time the buzzer sounded to end the opening quarter.

The game took a decisive turn in the second after Colorado City had multiple scoring bursts to bring in 15 points for the quarter. Despite scores by Manning and Clark-Burdell, the Bulldogs couldn’t keep up and were limited to just five points for the quarter. However, Brice Martin re-energize Coahoma and their fans with a buzzer beater right before the half.

The teams went into the locker room with the score at 25-19 Wolves.

Returning for the second half, both teams came back focused on the game. Colorado City continued to outscore Coahoma in the third but by only 2 points. The Bulldogs went into the fourth down seven points, 39-32.

The two teams continued to fiercely compete up and down the court as the clock ticked down. After stealing the ball, Manning raced down the court and dropped it in for two points at the 5:30 mark leaving Coahoma only 4 points away to tie the game, 43-39.

However, the Wolves continued to play tough on defense while keeping out of foul trouble, mostly. In contrast, three of the Bulldogs’ starters left the game before the end of the fourth because of fouls.

Colorado City upped the score to a seven-point lead with 51 seconds left then Clark-Burdell nailed a shot to make it a five-point game again. However time ran out on the Bulldogs.

Clark-Burdell led Coahoma with 14 points for the match. Manning followed with 10. Of the 48 points scored by Colorado City, senior Omar Boon dropped 30 of them. 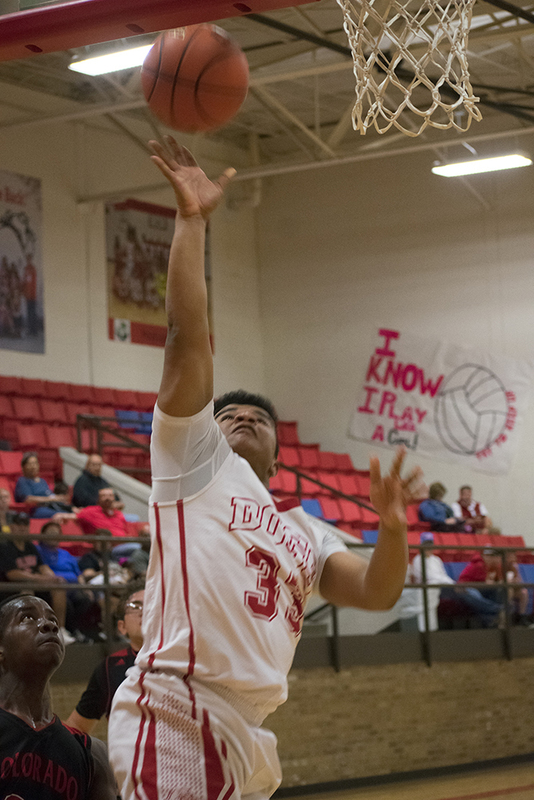 The Bulldogs JV team pushed back a fourth quarter surge by the Colorado City Wolves to win the match 28-31 Tuesday night.

After keeping Colorado City to just single digits on the scoreboard, the Wolves released the break on their offense and racked up 15 points in the quarter. It wasn’t enough to overcome the Bulldogs lead.

Tony Hagins and D’Kota Harrison led the Bulldogs in scoring. They both earned 7 points each. Next: The JV team host the Merkel Badgers Friday.