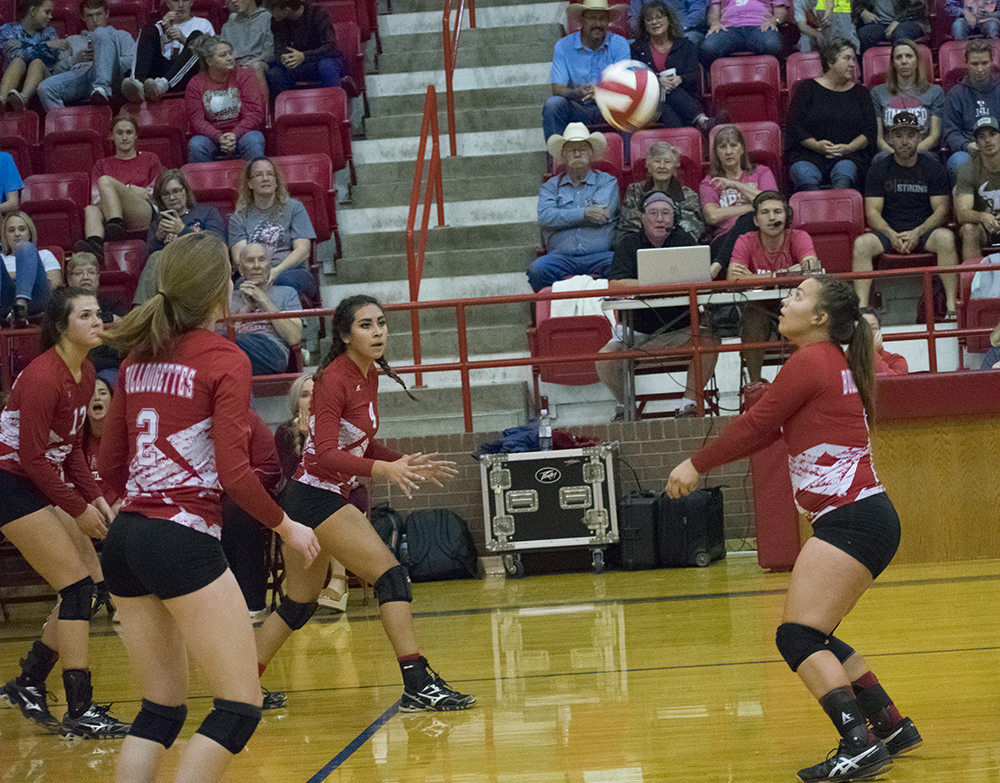 In the opening set, Coahoma quickly took the lead and kept it until the middle of the match. The Lady Indians were able to build up a 2-point advantage halfway through until the Bulldogettes came roaring back. From then on, it was dog fight between the two teams. Coahoma won the battle 27-25. Jim Ned then salted away the next three sets for the win.
Senior Paige Atkins led the way for Bulldogettes on offense. She had 10 kills for the game and 1 ace. Senior Julia Mashburn had 13 assists and sophomore MaKynlee Overton had 3 aces.
Both Coahoma junior varsity teams - Red and White - lost to the Lady Indians in two sets earlier in the day.
Next: Coahoma will take on Colorado City at home Tuesday. JV Red will begin at 5:30 p.m. with varsity to follow at 6:30 p.m. Both games will be held in the CES competition gym.