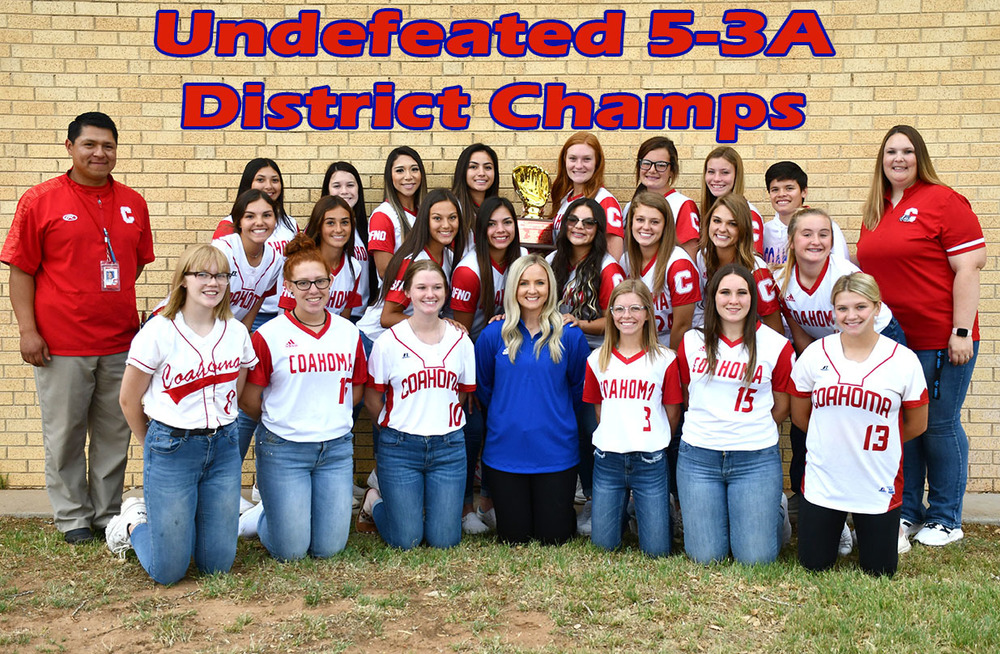 The Coahoma High School varsity Bulldogette softball team received their 5-3A District championship trophy in front of a school assembly on Tuesday.

The ‘Dawgettes, who have a season record of 21-5, went undefeated in district action. Coahoma has won 16 straight games since March 12.

The varsity Bulldogettes start playoffs on Friday when they face their former district rivals, the Clyde Lady Bulldogs, to battle for the bi-district championship in a three-game series. The first game is at 6 p.m. Friday. Game two will begin at noon on Saturday and game three, if necessary, will start thirty minutes after. All games will be played in Hermleigh

Also recognized during the school assembly on Tuesday was the CHS JV softball team, who also went undefeated in 5-3A District play. The JV Bulldogettes ended the season with an impressive 11-5 record.

The Coahoma softball varsity and JV teams are coached by Alex Orosco and his assistants Sydney Upshaw and Katherine Shawver.