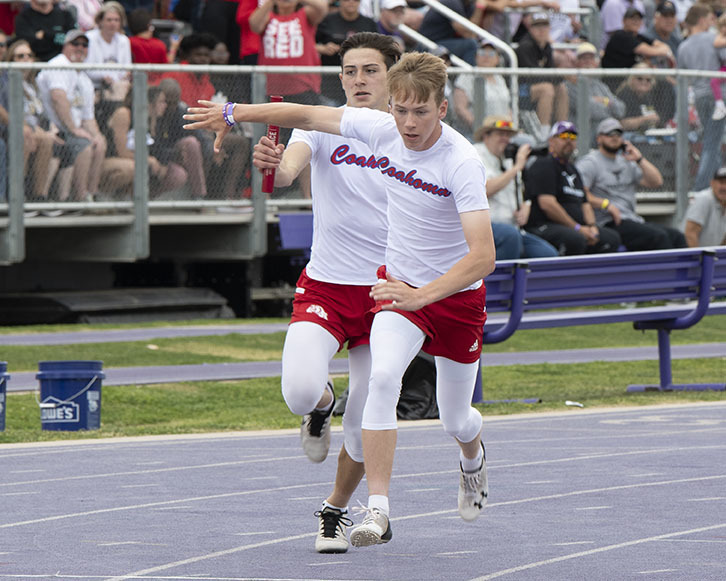 ABILENE — Coahoma’s Christian Everett finished the 2021 track season in fourth place in the women’s 100 meter dash at the Region I 3-A meet on Saturday in Abilene.

The Coahoma High School sophomore crossed the line at 12.70, shaving off time from her regional qualifying and area championship race, which was 12.92.

In the wheelchair competition, Vance Ott brought home gold in the shot put, 100 meter dash and 400 meter dash. Ott will learn sometime this week if he qualifies for the state meet set for May 7, in Austin.

In the field events, MaKynlee Overton set a personal best and broke the school record for the third time this year with a throw of 37-02.25. She placed fifth place in the women’s division.

The Region I 3-A track prelims were held on Friday. Emerson and Julia Cox competed in the 200 meter dash in their respective divisions. Emerson finished in 11th place with a time of 23.51 in the men’s division and Cox clocked 27.95 for 15th place. Only the top eight of each running event moved on to the finals.

The CHS track team has had one of its best years in many seasons.