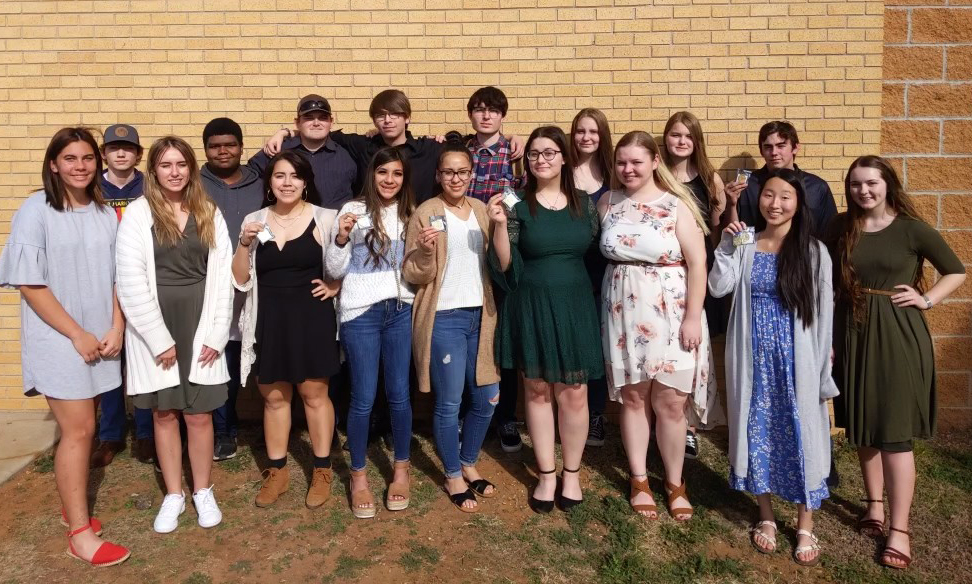 Four soloists and three ensembles from the Coahoma High School band advanced to state competition after making the cut at the UIL Solo and Ensemble contest held on Saturday in Abilene.

Five band members earned a Division I rating for their solos at the contest but did not advance to state competition. They were Zack Ramon (trumpet), Netalie Roberts (alto saxophone), Wegner (clarinet), Guo (flute), and Richard Thurman (4 Mallet Marimba).

The brass quartet of Chavarria (trumpet), Aaron Turnbough (trumpet), Cason (trombone), and Ashleigh Mull (trombone) earned a Division II rating for their performance. State UIL Solo and Ensemble competition will be held in May.

In all, the band brought home 21 medals Saturday, which marked another successful outing for Coahoma this year.

Both Rayford and Chavarria qualified for the area contest, which was held in January. At area, Chavarria finished ninth of 16 competitors and Rayford was sixth out of 10.

Next: The band will compete in the UIL Concert and Sight Reading contest on Tuesday, March 2, in Andrews.