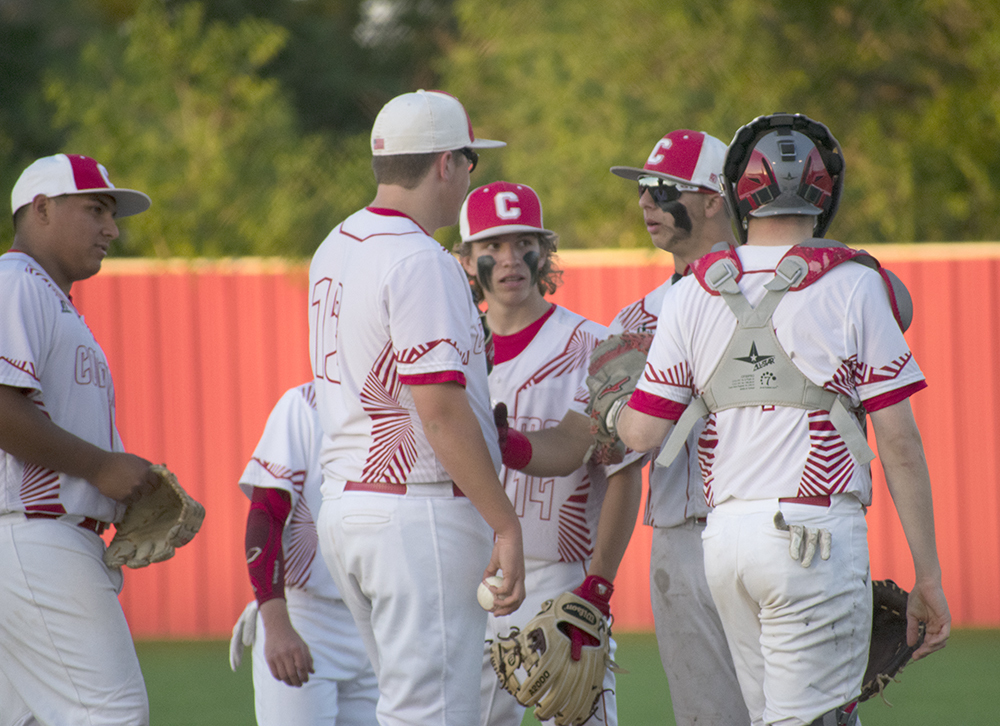 The Bulldogs ended their season with a game winning double play to beat the Merkel Badgers 4-3 on Thursday night.

Both teams played hard for the win making it a close game all night long. Merkel took the lead early by driving in a run in the first inning and Coahoma answered back to tie with one run scored in the bottom of the second inning.

Thanks to solid pitching, neither team could generate much at bat until Merkel got back on top with a second run scored in the fifth.

Then Bulldog catcher Gaige Hill blasted a double on a line drive to right field for two RBIs to give the Bulldogs the lead in the fifth inning. Ky Kemper padded Coahoma’s score with another double for an RBI in the sixth inning giving Coahoma a two run advantage.

However, the Bulldogs fell into trouble in the top of the seventh inning after the Badgers got two walks and a double to score a run. The Badgers were now within one run of forcing the game into overtime with only one out and the bases loaded.

The next Merkel batter blasted a high fly ball to center field which was caught by Zack Schneider. Schneider then sent a bullet to Hill who tagged out a Merkel runner before he could reach home plate. The game winning double play ended the Bulldogs season on a high note.

Hill went 3-for-3 at the plate with a double and two RBIs. Kemper was 2-for-4 with a double, one run and one RBI. Schneider and Chris Castillo both had doubles and a RBI a piece.

Taylor Barnes was on the mound for Coahoma and got the credit for the win. He went six innings gave up five hits, three runs, and struck out eight.