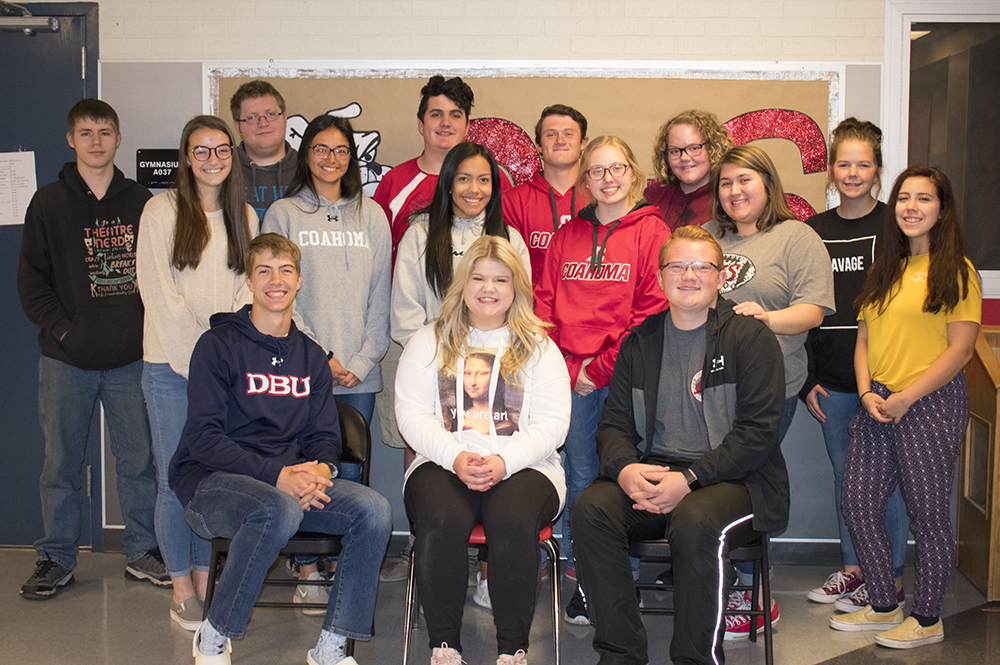 The Coahoma High School theater students will perform their UIL One-Act competition play “Any Body for Tea,” at 6 p.m. Monday in the high school auditorium.

For months, the OAP team worked to bring to life CB Gilford’s comedic play which features six sweet but eccentric women who fall in love with their neighbor. That neighbor happens to be Detective Dennis O’Finn. In order to get his attention, the ladies stage a homicide. And to keep their love interest around, they realize they must stage another one.

At the 5-3A District contest held in March, three members of the CHS One-Act team landed on the competition’s superlative list for their stand-out performance.

Several of the judges took note of Hartlie Smithie’s performance as Miss Birdie and named the freshman to the All-Star Cast list.  Also receiving recognition were senior Joe Manning and sophomore Grayson Glidewell. Manning received an Honorable Mention for his performance as Detective O’Fin and Glidewell was name to Outstanding Crew.

The play is under the direction of Kristen Joslin and admission is free to the 6 p.m. public performance set for Monday in the high school auditorium.