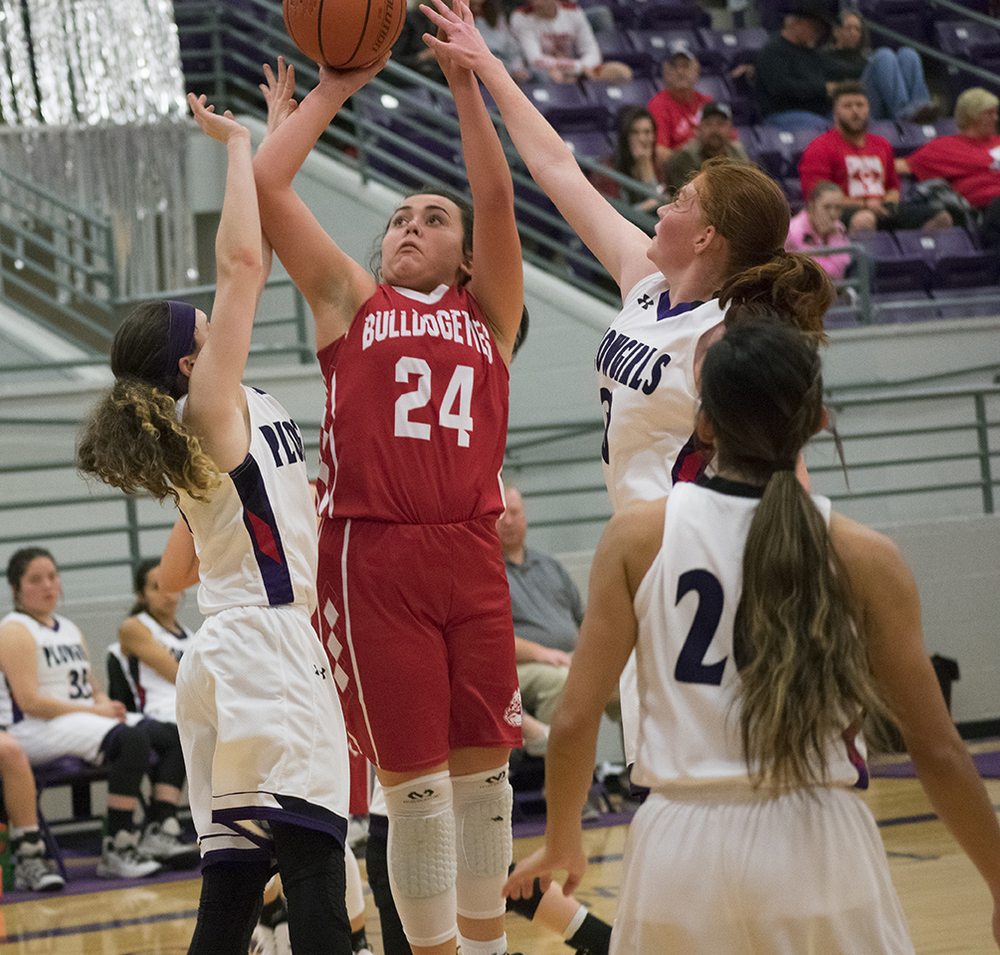 The Bulldogettes started the game off strong taking a 3-point lead over the Plowgirls (12-9) by the end of the first quarter. Kenzi Canales struck first with a 2-point shot then Abbie Lopez capitalized off a rebound to give Coahoma a slight 4-2 lead

The Plowgirls were quick to answer tying the score 4-all, however, Paige Atkins netted two goals in a row then Cassie Grant and Caitlyn Corley piled on to up the score 12-9 in Coahoma’s favor.

Coahoma continued to attack the net in the second quarter thanks to a pair of baskets by Jovi Gonzales and one by Corley to pad the lead 18-12 for the Bulldogettes. By mid-quarter, the Plowgirls regrouped and went on a 10-point run to take over the game.

Coahoma surged back after Cassie Grant nailed a 3-point basket and later capitalized on a free throw to knot the score 22-all. By the time both teams headed to the locker room for the half, the Plowgirls had a slight 22-25 advantage in a very close game.

Returning for the second half, Roscoe pulled away in the third quarter netting 13 points to Coahoma’s 7. That run for the Plowgirls ensured their victory as Coahoma couldn’t overcome the 9-point deficit in the fourth quarter.

Next: The Bulldogettes take on Jim Ned at home Friday.

ROSCOE — Madison Rogers had a game high of 15 points and Kaylie Kaczyk added 8 more to help lead the Bulldogettes in a victory over the Rosco Plowgirls Tuesday night.

Vada Cortez had 5 points, Maddi Olivas had 2, and Maddie Scott and Layla Salinas earned a basket a piece to help salt way the win.

The Bulldogettes JV will be back in action against Jim Ned Friday at the CES competition gym.